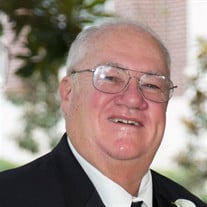 Thomas Waguespack, Sr. Obituary Thomas Leo Waguespack, Sr. was born February 12, 1946 to Wilson Joseph Waguespack Sr. & Helen Bacon Waguespack. He was raised in New Orleans, LA as the youngest of his siblings: Macy Faciane (Jack) & Wilson “Sonny” Jr. (Lorraine). His siblings ensured “Uncle Tommy” had 8 nieces to enjoy. Tommy attended school in New Orleans until he joined the Navy in 1964, stationed aboard the USS Vancouver (LPD2) out of San Diego, CA. He delighted the Navy’s role in allowing him to visit amazing places around the world, in particular the Samoa Islands & Philippines, & Tommy credits his personal growth to the many experiences he learned while serving in Vietnam. After being honorably discharged in 1967, Tommy joined the Jefferson Parish Police Department in 1971 largely working under Sheriff Harry Lee, with who had a deep respect for. He appreciated his career, primarily specializing in ‘Evidence’ in the Crime Scene Division. Tommy had a unique sense of humor & enjoyed the nature of evidence. Along with his required duties, he built many deep friendships working numerous details at places like The Metairie Country Club. Tommy often worked 16-hour days for over 35 years before retiring as Captain in 2006. A devout Catholic, Tommy’s dedicated work ethic allowed him to fully support his wife of 47 years, Theresa (Terri) Reggio Waguespack, & provide Catholic school education to their 8 children: Thomas “Tommy” Jr. (Melissa), Pamela “Pam” Barnes (Tim), Connie Hebert (Philip), Joseph Sr. (Lindsey), Michael (Carla), David, Karen (Derek), & Claudia (Austin). Together, Tommy & Theresa’s children have given them 15 grandkids (so far, to date). Work-life balance was something Tommy miraculously managed well (often defying his need for sleep). He was consistently actively engaged in the lives of all his children & grandchildren. He made the time to attend their games & events, take them camping, swing them at the park, take them for snowballs & ride the waves at the beach before staying up late to ‘crab hunt’ with them- he was passionate about actively being part of their world. Tommy was the rock of our very large family. A beloved son-in-law to C. Alan & Claudia Reggio, and admired brother-in-law to Terri’s five siblings & their spouses. He consistently put family & friend’s needs over his throughout his life & was extremely close with his brothers-in-law. Fitting for a hero, on December 31, 2021 while fireworks lit the night sky, Tommy entered the Kingdom of God, from the comfort of his own home, surrounded by loved one’s. New Year’s Eve will forever be a day to celebrate his life & legacy. May he be reunited by those who preceded him in death: his parents, his brother, & his great niece. On Thursday, January 6th at 11:00am a funeral Mass will be held at St Joseph’s Catholic Church (255 N 8th St, Ponchatoula, LA 70454) for friends & family (masks required). The burial will immediately follow mass at Rosaryville Cemetery (39003 Rosaryville, Rd. Ponchatoula, LA 70454). In lieu of flowers, Tommy requested: Donations to The Fraternal Order of Police: https://nfop.firstresponderprocessing.com/ (Please utilize the feature: “In Memory of Captain Thomas Waguespack, Sr.) Or Dedicate a Catholic Mass in his honor.

The family of Thomas Leo Waguespack Sr. created this Life Tributes page to make it easy to share your memories.

Send flowers to the Waguespack family.