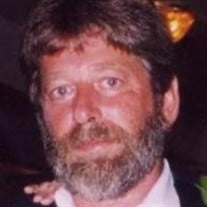 Thomas “Tommy” Harry Flocke passed away on Wednesday, December 1, 2021, at the age of 66, surrounded by his family at his residence in Slidell, LA. Tommy was diagnosed with ALS / Lou Gehrig’s disease in October 2019. Upon his diagnosis, he closed the doors of his successful automotive repair business in Ponchatoula after 28 years, Tommy’s Auto Repair. Tommy took great pride in his work which earned the trust and love from the community. Tommy is survived by his beloved wife, Suzanne Guidry Flocke. He is also survived by his daughters, Franchesca Flocke and Melinda “Mindy” Flocke Bonner (Russ), son, Duane Deshotel (Wendy), grandchildren, Gauge and Briggs Flocke, James Thomas “JT” Bonner, Savannah Brooks (Noah), Dominic, Devin, Dane and Dax Deshotel, siblings, Roxanne Flocke and Robert Stegemeyer and several nieces and nephews. Tommy is proceeded in death by his parents, Edmund Flocke, Jr. and Shirley Graf, brothers, Edmund “Buddy” Flocke III and Michael Stegemeyer and mother-in-law, Eula Guidry. Tommy was married to the love of his life for 36 years, Suzanne. She was his devoted caregiver and never left his side. Tommy was a true motor head, aside from his business he traveled around the country with his daughter, Franchesca, racing during her younger years and proudly displayed her trophies at the shop. He was incredibly proud of his youngest daughter, Mindy, who he said, “inherited his brain,” and is a physician assistant in the Hammond area. Tommy enjoyed fishing, racing, watching his grandsons play sports, and spending time with his family. He was the true definition of a family man who was most happy surrounded by all those he loved. He will be deeply missed by all. Family and friends are invited to attend the visitation at Brandon G. Thompson Funeral Home, 1190 Hwy 51 North, Ponchatoula, LA on Sunday, December 5, 2021, from 10:30 AM until 1:30 PM. Funeral services will be held at 1:30 PM following the visitation there at the funeral home.

The family of Thomas “Tommy” Harry Flocke created this Life Tributes page to make it easy to share your memories.

Send flowers to the Flocke family.