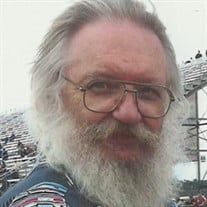 Robert Edwin Reed never met a fast car he didn’t like, a repair project he couldn’t tackle, or brisket he couldn’t smoke. Born August 10, 1944, in Baton Rouge, Louisiana, Reed learned how to build, fix or repair just aboutanything thanks to the tutelage of his grandfathers and mechanically inclined men in his life. “Fixing things” was a thread that ran throughout Reed’s life. A job in his teenage years introduced Reed to working on cars, which led to a lifelong passion forrestoring and racing cars and dirt bikes. In his twenties, Reed’s uncanny ability to tinker with things endlessly until they were just right led to a record-setting win at the 1969 Spring National Drag Race in Texas. He proudly held the record for speed nearly a year. Perhaps his proudest racing moment, according to his family, came when Reed’s restoration work was recognized at the Indianapolis Lucas Raceway, where he was presented with a special recognition plaque for his role in restoring a Mopar car that was the winningest in its class – just one race short of a perfect record. The crowd was so impressed that Reed unexpectedly found himself fielding autographs from crowd members, young and old alike. Reed spent most of his career fixing things, too. After serving in the Coast Guard, he began his 33-year-tenure at Exxon Mobil as a machinist, eventually completing an apprenticeship and moving to theAnalyzer group. Over the years, he made his mark on the company and the people there. After teaching himself to code, Reed helped to field test the company’s first emissions analyzers to make sure they were running right. He kept his coworkers running, too, thanks to his dry sense of humor. When he retired in 2001, his coworkers threw him a party capped off with an epic roast to repay Reed for all the jokes and laughs through the years. Much earlier in life, Reed’s wife, Patricia, was introduced to his humor the day she attended an Exxon function with him. He was wearing an over-the-top red satin ruffle shirt and bright red tennis shoes to a friend’s retirement party. “Everyone knew to expect that out of him because that’s just how he was. He was a jokester,” Patricia remembers. “He proposed to me in the grocery store right next to the broccoli – and he hated broccoli!” Patricia said with a laugh. She had no idea why he picked that location for a proposal, but the unexpected nature of the proposal did not throw her off too much. She said yes. Reed and his wife raised one son, Matthew, whom he adored. Reed spent hours listening to music with his son, taking him to get snowballs as a kid, teaching him practical life applications like how to fix a garbage disposal or install an air conditioner, and, of course, imparting his unforgettable sense of humor. As he dealt with health challenges later in life, Reed stayed upbeat by surprising his healthcare team with unexpected laughs. “They’d ask if he needed anything and he’d tell them he needed a fifth of scotch,” Matthew remembers, noting that his dad didn’t drink, but he always indulged in humor. “He always said, ‘Ya gotta have fun!’’ Reed was happiest when he was with friends and family, according to Patricia and Matthew. He never missed an opportunity to help a friend, which meant he spent many, many hours helping friends build houses, install plumbing, put in electrical work and more. In his later years, Reed delighted in supporting LSU graduate students from Honduras, Ecuador and Columbia. Somewhere along the way, he perfected his brisket recipe, which became legendary among family, friends and people at church. He was an active member of Istrouma Baptist Church. Friends always knew where to find him sitting at his favorite table in the Café Istrouma. “He wanted to do things right.” Matthew said. How will his family remember him? Reed loved nature, so there’s a good chance they’ll remember his time in the great outdoors, where he was the most serene. Perhaps they’ll imagine Reed on his motorcycle, cruising through the Great Smoky Mountains. They might picture him riding in his truck, relishing John Denver classics. Maybe they’ll visualize him in the driveway, tending the smoker. They may reminisce on his countless peaceful mornings and afternoons spent outside in the carport, waiting for and reveling in the calm ambiance of rain showers. It was always outdoors, in nature, where his soul found peace. In lieu of flowers, the family would prefer that donations in Robert's memory be made to Suicide Prevention, www.brcic.org or to the Louisiana Baptist Children's Home.

The family of Robert Edwin Reed created this Life Tributes page to make it easy to share your memories.

Robert Edwin Reed never met a fast car he didn’t like, a repair...

Send flowers to the Reed family.