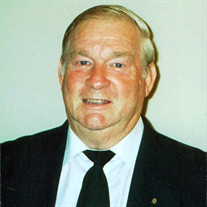 Philip Eugene Alexander, 82, was called home too early by his heavenly Father on Sunday, April 12, 2020 from complications of COVID-19. He was born November 27, 1937 in Wadesboro and was a lifelong resident of Ponchatoula. He is survived by his loving wife of over 54 years, Victoria Ward Alexander; son, Jeffrey and his wife Trish; daughter, Stephanie Alexander Ballard; grandchildren, Christopher Ballard, Robbie and Bobbie Payne, and Missy Carlin; great-grandchildren, Brittany, Ceirra, Lane, Tyler, Kayla, Lance and Cody; brother David Alexander and his wife Gwen; brother-n-law Philip Ward and his wife Doreen; sister-n-laws, Betty Mae Alexander, Barbara Alexander and many nephews and nieces. He was preceded in death by his mother, Eva Cummings Alexander, father, Chester Wilsey Alexander, four brothers, Roy, Neal, Robert and John; five sisters, Blanche Poorman, Betty Jo Cutrer, Dorothy Gibson, Nancy Berot and Mary Collette; Father and Mother-n-law, Merlin “Buck” and Marguerite “Tookey” Ward; and sister-n-law, Darlene Ward Gayle. Philip spent his life focused on his family, friends and always helping others. He was Ponchatoula High School 1956 Graduating Class President, and a proud U.S. Navy Veteran. Philip was active in the community and participated in many organizations: Charter member of the Ponchatoula Strawberry Festival, Charter and Lifetime member of 35 years for the Ponchatoula Lions Club whereas he served as past President and Treasuer, Louisiana Lions 8-N District past Governor, member of past District Governor Association for 8-N District, past President of the Louisiana Lions Eye Foundation, numerous years on the Board of Tangipahoa Parish Manchac Port Commission, member of the Triangle T Sportsman League, President of the Tangipahoa Parish Fellowship Club, member of CAER Team for Ascension Parish and member of French Corner Baptist Church. He retired from Borden Chemical, Geismer after 36 years of service. Philip received the following awards in his lifetime: 1988 Mayor’s Award for the City of Ponchatoula, Melvin Jones Fellow Award from Lions International Foundation, Gold Star Award from the Louisiana Lions Camp in Leesville, LA, Benefactor Award from the Louisiana Lions Eye Foundation, Honorary Sheriff of the Parish of Ascension for his work on the CAER committee and the President’s Award from Lions International and numerous Lion of the Year awards from the Ponchatoula Lions Club. Philip will always be remembered as a loving husband, wonderful father, grandfather, great-grandfather, and friend as well as an exemplary role model. He will be greatly missed by his wife, family and many friends. Due to the COVID-19 precautions, a private service will be held at Wetmore Cemetery. A memorial/celebration of his life will follow at a later date.

Philip Eugene Alexander, 82, was called home too early by his heavenly Father on Sunday, April 12, 2020 from complications of COVID-19. He was born November 27, 1937 in Wadesboro and was a lifelong resident of Ponchatoula. He is survived by... View Obituary & Service Information

The family of Philip Eugene Alexander created this Life Tributes page to make it easy to share your memories.

Philip Eugene Alexander, 82, was called home too early by his...

Send flowers to the Alexander family.