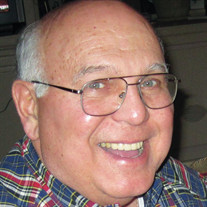 Lieutenant Colonel (Retired) Paul Michael Marek of Hammond, Louisiana, age 78, left this earth to be with his Lord and Savior at 9:45 a.m., Tuesday, March 23 2021 after a sudden heart attack. He was born on August 14, 1942, in Du Quoin, Illinois, the son of Loddie and Bernice Marek. After graduating from Du Quoin Township High School in 1960, Paul came down to the south to attend Louisiana State University on a football scholarship. Upon completing his freshman year, he left the team to focus on his studies, as well as a potential military career via the Reserve Officers’ Training Corps (ROTC). Paul graduated from LSU in 1964, accepting a commission as a Lieutenant in the United States Army. He spent the next 26 years in the service of his country, including a tour of duty during the Vietnam War. It was there that he was awarded the BRONZE STAR for heroic valor in a combat zone. After the war, Paul earned his Masters’ Degree in Education from the University of Georgia. He also graduated from the FBI National Academy in 1978. Both educational milestones were achieved while on active duty. During his military career, Paul was the recipient of many awards, including the LEGION OF MERIT, given for exceptional meritorious conduct in the performance of outstanding service. He retired from active duty in 1990 following the completion of his final assignment, which brought him to Southeastern Louisiana University as Professor of Military Science, heading Southeastern’s ROTC program. Upon retirement from the army, Paul embarked on a second career as Director of Campus Police for Southeastern Louisiana University. It was during his 15-year tenure that he served the campus and surrounding community with distinction. While living in Hammond, Paul became an integral member of the Hammond Kiwanis Club, which became his passion. He served as President from 1990-1992, Secretary from 1997-2008, Treasurer from 2010-2012 and remained an active member until his death. In 2005, Paul was awarded the GEORGE HIXSON FELLOWSHIP (given in honor of Kiwanis International’s first President). Paul was preceded in death by his wife, DeNise Smith Marek; father and mother Loddie and Bernice Marek. He is survived by son and daughter-in-law, Joseph H., and Meghan M. Gallinaro, granddaughters Jillian Marie and Barbara Claire, Baton Rouge; son and daughter-in-law Jonathan M. Sr. and Caroline M. Gallinaro; grandsons, Jonathan M. Jr. and Crosby J. Gallinaro, Atlanta, Georgia; brother and sister-in-law, Thomas A. and Sandra K. Marek, DuQuoin Illinois; brother-in-law and sister-in-law LTC. (Ret.) Tally E. Smith and Roni R. Smith, Kathleen Georgia; Two nephews, two nieces, and many great-nieces and great-nephews. Visitation will be at St. Albert the Great Catholic Church in Hammond Tuesday, April 6, at 9:30 a.m. with the funeral Mass following directly at 10:30 a.m. In lieu of flowers, donations may be made to the Hammond Kiwanis Club, PO Box 2944, Hammond LA, 70404.

Lieutenant Colonel (Retired) Paul Michael Marek of Hammond, Louisiana, age 78, left this earth to be with his Lord and Savior at 9:45 a.m., Tuesday, March 23 2021 after a sudden heart attack. He was born on August 14, 1942, in Du Quoin, Illinois,... View Obituary & Service Information

The family of LTC (Ret) Paul Michael Marek created this Life Tributes page to make it easy to share your memories.

Send flowers to the Marek family.