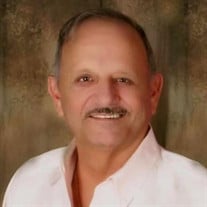 Owen “Bobby” Watts of Tickfaw, Louisiana passed away on December 16, 2021 at the age of 79 with his devoted family by his side. His battle with serious medical issues in recent years showed his courage in facing life challenges with a smile. Despite his pain, Bobby was a fighter and stayed strong until the end. He was born on July 27, 1942 in Independence, Louisiana as the only child of the late Louise (Douglas) and Johnny Valenti and graduated from Independence High School in 1959. He then joined the United States Airforce where he was a teletype operator during the Vietnam War. Following the military, Bobby met the love of his life, Maggie Methvien and married May 24, 1962. Side by side they owned and ran several successful construction businesses and raised three wonderful sons. Bobby was involved in his community and family’s lives. He was a lifetime member and past Post Commander of the American Legion Post 258 and held the offices of Department Commander and Adjutant and Alternate National Executive Committeman. He also was a lifetime member of Springfield Amvets Post 68 and a member of the Anavics Service Organization of the United States and Canada. He was a loved and admired husband, father, grandfather, great-grandfather, uncle, brother-in-law, and friend. Bobby especially enjoyed visiting with his grandchildren and great-grandchildren. He was a skilled craftsman that could build or repair almost anything and enjoyed restoring clocks and cars (especially his prized Ford Convertible). He always cheered on the LSU Tigers and New Orleans Saints and rarely missed a ballgame. He never met a stranger and willingly helped persons in need. His memory will be cherished and forever remembered by his loving wife of 59 years, Maggie Methvien Watts; his three sons, John Watts (Andrea), Sam Watts (Laura), Maurice Watts Sr. (Neda); his ten grandchildren, Dena Aden (Rhianda), Brittany Watts Lingerfelt (Keith), Maurice Watts Jr, Chris Harper, Austin Watts (Taylor), Tyler Watts (Caroline), Bailey Watts, Caroline Watts Spier (Oaklin), Catherine Watts, and Jon Patrick Watts; his 7 great grandchildren, Hunter, Landon, Charlie, Landry, Braden, Liam, and Presley. Family and friends are invited to attend a visitation for Owen on Tuesday, December 21, 2021 from 9:00 AM until 11:00 AM at Brandon G. Thompson Funeral Home, 12012 Hwy 190 West, Hammond, LA 70401. A funeral service will be held after the visitation at 11:00 AM with burial to follow at Parklawn Memorial Garden, 41372 Thompson RD, Hammond, LA 70403.

Owen &#8220;Bobby&#8221; Watts of Tickfaw, Louisiana passed away on December 16, 2021 at the age of 79 with his devoted family by his side. His battle with serious medical issues in recent years showed his courage in facing life challenges... View Obituary & Service Information

The family of Owen Bobby Watts created this Life Tributes page to make it easy to share your memories.

Owen “Bobby” Watts of Tickfaw, Louisiana passed away on December...