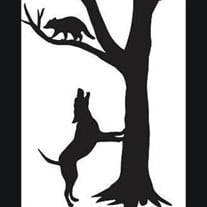 Lum "Sonny" DeWitt Reeves of Magnolia, Mississippi, was born October 11, 1937, and died Wednesday, May 13, in Ochsner Hospital on Jefferson Highway, New Orleans. He was 83. He leaves to mourn his passing his wife of almost eleven years, Dr. Billie (Theriot) Reeves, of the home, his oldest daughter Hannah Robin Nyala, her husband and children, Brent West and Taliesin Nyala; son Darrell Reeves and wife Shannon, grandson Stone and granddaughter Ashby; daughter Patricia Reeves May, wife of Glen (deceased), and their children Stephen and Shelby, step-daughters Terri Anne Flynn and grandchildren Justin, Lacey, Llana and Jolie; Paula Allbright and grandchildren Chloe and Jude. His sisters are Betty Jo Pugh and Jessie Mae Cothren; nephew Mike and wife Carol and son Rob Reeves, and other nephews and nieces. Sonny was named after his maternal grandfather Lum Jones. Sonny resided alternately between his home property in Magnolia, Mississippi and that of his wife Billie in Loranger, Louisiana. He was preceded in death by his parents, Maxwell and Ella Mae Reeves; first wife Nora Mae Freeman Reeves; brother David; sisters Alice Louise McKenzie, Julia Lee Sandifer, Rosa Maxine McKenzie, Lois Selena Rushing, and Myrtle Martha Jackson. Sonny was a cattle farmer and a saw filer by trade, operating his own shop and supporting several sawmills within a radius of about a hundred miles. He served his country in the National Guard. An avid hunter, he loved the sound of his dogs on the trail of the night-prowling "coon" and the challenge of getting the season's first deer. No person ever became acquainted with Sonny who did not learn to love him and enjoy his company. Billie's family adored him. He was a devoted Christian and highly valued neighbor and friend. Although he lived by the scripture which reads "do unto others as you would have them do unto you" he usually went "the extra mile" to help someone in need. Arrangements are with Brandon G. Thompson Funeral Home of Ponchatoula. Friends and acquaintances are invited to visit between 10:00 and 11:00 a.m. with the service to begin at 11:00. Burial will be at Oak Grove Cemetery on Highway 40 (across from Zemurray Park) in Loranger.

Lum "Sonny" DeWitt Reeves of Magnolia, Mississippi, was born October 11, 1937, and died Wednesday, May 13, in Ochsner Hospital on Jefferson Highway, New Orleans. He was 83. He leaves to mourn his passing his wife of almost eleven years, Dr.... View Obituary & Service Information

The family of Lum "Sonny" Dewitt Reeves created this Life Tributes page to make it easy to share your memories.

Send flowers to the Reeves family.