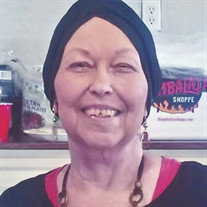 Linda Louise Lott, age 70, passed away on July 14, 2020. She was a native of Independence, LA, and a resident of Walker, LA. Linda served for many years as a funeral service assistant. Her passion was shopping, but her pride and joy were her... View Obituary & Service Information

The family of Linda Louise Lott created this Life Tributes page to make it easy to share your memories.

Send flowers to the Lott family.