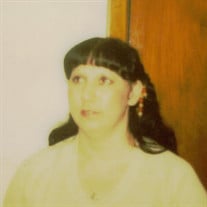 Jeanette (Russo) Crain, of Hammond, LA, passed away peacefully on Monday, September 14, 2020, at the age of 72. Jeanette was born to Salvadore and Madeline Russo on April 16, 1948 in Hammond, LA. She grew up the second of four daughters and graduated Hammond High School class of 1966. There, she was a member of the Latin club and the chorus, of which she was most proud and even won medals for various chorus competitions. In the 80s and 90s, she worked for an ENT, a pharmacist, and finally found her way into a hospital setting doing ER registration and billing for almost 15 years. In October of 1989, she decided to tie the knot for the third time (that charm right?) in the mountains of Chattanooga, TN, a place that had always had near and dear memories to her. She LOVED the mountains. At home, Jeanette had a love for movies and music. There was always music playing, especially when something was cooking in the kitchen. Holidays found the kitchen full of fudge, divinity, cookies, pralines, pies, and lots of music. Into the early hours she’d be stirring, dipping, and singing (and forget measuring anything.) If she wasn’t listening to music, movies were runner up. Horror and sci-fi genres were at the top of the list followed by musicals and comedy. She’d start your movie night with Poltergeist, intermission with The Sound of Music, and top it off with Alien. And, if it was a movie she really liked, you may end up watching it about 80 times. Jeanette is survived by her son, Salvadore (Chrystal) Drott; her daughter, Stephanie (David) Dixon; her sisters, Caroline (Lolan) Coates and Eleanor (Alan) Hunter; her grandchildren, Braden Drott, Madeline Drott, Ashlynn Thompson, and Felicia Patterson. She is preceded in death by her husband, Glenn Crain; her parents, Salvadore and Emma Madeline Russo; her sister, Sally Ann Turnage. Due to the Governor’s mandate concerning COVID-19, we unfortunately must limit the number of people in attendance. A celebration of Jeanette’s life will be held at a later time for friends and family that wish to attend. In lieu of flowers and in memory of Jeanette’s love of gardening, plants are preferred. The family would also like to say thank you to Rhonda Barnes for all of her help and friendship to Jeanette over the past year. We were grateful for your place in her life.

Jeanette (Russo) Crain, of Hammond, LA, passed away peacefully on Monday, September 14, 2020, at the age of 72. Jeanette was born to Salvadore and Madeline Russo on April 16, 1948 in Hammond, LA. She grew up the second of four daughters and... View Obituary & Service Information

The family of Jeanette Russo Crain created this Life Tributes page to make it easy to share your memories.

Send flowers to the Crain family.