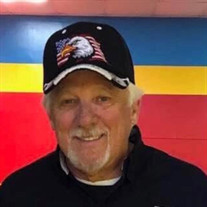 Douglas “Doug” Nobles, 71, passed away in Metairie, LA, on July 29, 2021. Doug graduated from Hattiesburg High School in 1968 and attended the University of Southern Mississippi. He was happily married to his high school sweetheart, Sue Williams Nobles, for 50 years. Throughout his life, Doug exemplified the term “family man,” as he demonstrated through his unflagging devotion to his wife, his two sons, his parents, and his grandchildren, to whom he was “Papa.” In 1970 he started working at the Hattiesburg American newspaper as an advertising runner. For the next 41 years, Doug served loyally for the Gannett Company in a variety of locations throughout the U.S., working his way through the ranks until he retired as Production Director in 2011. During his long and distinguished career, he served as Production Director in Hattiesburg, Mississippi; (the American); in Fremont, Nebraska (The Fremont Tribune); was Assistant Production Director for The Arkansas Gazette in Little Rock; then Production Director of The News Star in Monroe and The Times in Shreveport. Doug was called on to lead several building expansion and printing press installation projects, as he gained a solid reputation as a problem-solver. He was honored by being awarded a Gannett President’s Ring for his superior work in newspaper production. Doug was a proud American patriot: He served in the Army National Guard for 7-1/2 years, and later became Assistant State Captain then State Captain of the Louisiana Patriot Guard Riders (PGR), an organization whose members provide honor guards and escort services in memory and thanks for the service of deceased military veterans and first responders. Doug enjoyed road trips on his Harley, both with the PGR and cross-country trips he made both solo and with his many friends. He also enjoyed golfing and fishing, but his greatest joy was in spending time with his family, especially his grandchildren. He was preceded in death by his parents, James C. Nobles and Mavis Cameron Nobles; his nephew, Brandon Lacoste; and his sister-in-law, Jean Williams Garmon. Survivors are his wife, Sue Williams Nobles; sons Lance (Brigid) Nobles of Leesburg VA and Josh (Cherie) Nobles of Metairie; five grandchildren (Chloe, Cameron, Davis, Cullen, and Porter Nobles); sister Audrey Lacoste; uncle, Kermit Nobles; nephew Don Fillingame; and niece Christy Dolese. In lieu of flowers, the family would greatly appreciate donations to the Louisiana Patriot Guard Riders, PO Box 87408, Baton Rouge, LA 70879; or to the Leukemia and Lymphoma Society. Donor Services, P.O. Box 98018, Washington , DC 20090-8018. Relatives and friends of the family are invited to attend the visitation from the chapel of Brandon G. Thompson Funeral Home, 1190 Hwy 51 N. Ponchatoula, LA 70454 on Saturday, August 7, 2021 from 1:00 p.m. until the Memorial Service at 2:00 p.m. Interment will follow in Ponchatoula Cemetery.

Douglas &#8220;Doug&#8221; Nobles, 71, passed away in Metairie, LA, on July 29, 2021. Doug graduated from Hattiesburg High School in 1968 and attended the University of Southern Mississippi. He was happily married to his high school sweetheart,... View Obituary & Service Information

The family of James "Doug" Douglas Nobles created this Life Tributes page to make it easy to share your memories.

Send flowers to the Nobles family.