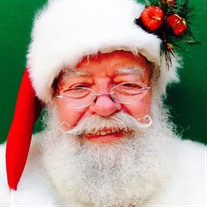 Galusha Pennypacker March III, a native of West Chester, Pennsylvania, and a long-time resident of Springfield, Louisiana, passed away Tuesday, January 19, 2021, at the age of 78. He most recently enjoyed his once a week job of delivering the Ponchatoula Times. He was a mechanic by trade, but he would proudly tell you all about how he had owned his own business (World Wide Imports) in Louisville, KY, was a cook, a crane operator, and then acting captain on a jack-up oil rig off shore, drove trucks hauling large tanks across the country, or even how he worked as the grill master of The Hideout Steakhouse in Moab, Utah. He was a “Motor Head”, a collector, and a dreamer who had many projects on his wish list. He just ran out of time to complete them. He never met a stranger, and he loved telling stories and jokes…sometimes over and over. If you met him, he would be sure to let you know how extremely proud he was of his son and daughter. Without a doubt, the highlight of his life (aside from being a husband and father) was being the Clearview Mall Santa for the last 17 years. He said that he thought his mom would have been proud of him being Santa. His family certainly was, and they find peace in the belief that Santa has been reunited with his Mrs. Claus. Galusha is survived by his son, Walter March Copado; daughter, Erin March; brothers, Larry March (Janet), Woody March (Fran); sister, Deb Dorsett (David); dear friends, Dirk van Bree (Sue), Allen Wells (Natalie), Kitty Faulkenberry, and many other precious lifelong friends. Galusha is preceded in death by his wife, Myra Roland March; father, Galusha Pennypacker March II; and mother, Clara Rebecca March. Relatives and friends are invited to attend the Celebration of Life at The Harbor Church, 2100 Anita Blvd, Hammond, Louisiana, on Saturday, January 23, 2021 from 1:00 PM until 3:00 PM. In lieu of flowers, the family requests donations to be made in Galusha's memory to The American Heart Association, www.heart.org

Galusha Pennypacker March III, a native of West Chester, Pennsylvania, and a long-time resident of Springfield, Louisiana, passed away Tuesday, January 19, 2021, at the age of 78. He most recently enjoyed his once a week job of delivering the... View Obituary & Service Information

The family of Galusha Pennypacker March III created this Life Tributes page to make it easy to share your memories.

Send flowers to the March family.