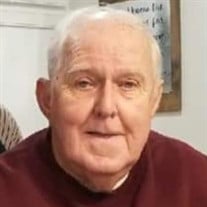 Douglas Warren Watts, age 74 of Livingston, LA, entered into his eternal rest on Friday, January 14, 2022. Douglas was born in Denham Springs, LA, on December 6, 1947, to his parents, the late Delton Adford Watts and Velma Loflin Watts. Douglas was also preceded in death by two brothers, Eldridge and Marvin Watts. Douglas was the proud father of Natasha Watts McMorris (Chris). Loving and devoted grandfather of Reaghan and Trevor McMorris. Douglas was the brother of Patsy Watts McLin (Huey) and to sister-in-law Sandra Murphy Watts. He was the uncle of Steve McLin (Susan), Amy Kernan (Jana Roussel), Heather Lobell (Hunt) and Mandy Stewart (Cody). Douglas is also survived by numerous nieces, nephews, relatives and friends. He will be missed by all who knew and loved him. Doug was a lifelong basketball enthusiast, not only playing but later coaching. He loved to travel and was an avid snow skier and long distance runner to stay in shape. Doug enjoyed fishing with his family and spending time with his grandchildren especially supporting and being active in his grandchildren’s sporting endeavors. Other accomplishments included being a Livingston Parish School Board member for two terms (1986-1994) and was president during his last term. He was appointed Mayor of French Settlement in 1999 and served for 14 months. Family and friends are invited to attend a visitation for Douglas to be held on Wednesday, January 19, 2022, at the French Settlement High School Gym, 15875 LA-16, French Settlement, LA 70733 from 5:00 PM until 8:00 PM and Thursday, January 20, 2022, at the Colyell Baptist Church, 19524 LA-42, Livingston, LA 70754 from 9:00 AM until 11:00 AM. A funeral service will be held at 11:00 AM at Colyell Baptist Church with burial to follow at Colyell Baptist Church Cemetery.

The family of Douglas Warren Watts created this Life Tributes page to make it easy to share your memories.