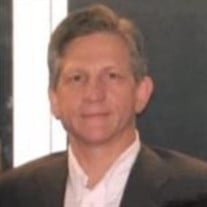 Dr. David E. Gaudin, a native of Baton Rouge, Louisiana and longtime resident of Hammond, Louisiana died peacefully at his home on Sunday, May 10th at the age of 67 after a long battle with Frontal Temporal Lobe Dementia. He is survived by his wife Beth, son Scott (Kay), grandson Wills, daughter April Braun (Andreas), grandsons Zachary, Patrick, Kaleb, granddaughter Julie, son Stuart granddaughter Abigail. He was preceded in death by his parents Geraldine and Alvin J. Gaudin and his brother Alvin Wayne Gaudin. Dr. Gaudin was a proud alumnus of LSU and LSU Medical School in New Orleans. He was the first person with physical disabilities to be accepted into LSU Medical School. He founded Internal Medical Clinic of Tangipahoa in 1980 and spent nearly 30 years caring for patients in his community. Dr. Gaudin served as interim team physician of the New Orleans Saints during the 1985 season while the Saints trained in Hammond. He was proud to serve as team doctor to SLU Athletics for 17 years. As well as teaching Pathophysiology to Athletic Trainers, Dr. Gaudin was also responsible for helping to establish one of the states first nationally recognized certified Athletic Trainer Collegiate curriculums at SLU. In 1995, Dr. Gaudin became the first recipient of the Jim Finks award For Outstanding Contributions to Sports Medicine. In December 2004, Golf Digest interviewed and published an article of him playing his beloved game of golf. In 2008, he was inducted into the Louisiana Athletic Trainers Association Hall of Fame. He dearly loved his wife, family, caring for his patients, cheering on his beloved LSU Tigers, the game of golf and spending time on the water in Destin, FL. He overcame a lifelong physical handicap to achieve a great many things which served as an inspiration to countless individuals throughout his life. His loss has prompted those whose lives he impacted to share such kinds words with his family already: Role model and genuinely a good person; Compassionate, Great teacher, Special man with a big heart; So special to so many people; Great man and Doctor; He was more than my Doctor, he was a friend too; I’m better for having known him, as so many people are. To say that we are blessed to have had this amazing man in our lives is an enormous understatement. Relatives and friends are invited to attend a Celebration of Life at Brandon G. Thompson Funeral Home, Hammond on Thursday, May 21, 2020 beginning at 11:00am until service at 1:00pm.

Dr. David E. Gaudin, a native of Baton Rouge, Louisiana and longtime resident of Hammond, Louisiana died peacefully at his home on Sunday, May 10th at the age of 67 after a long battle with Frontal Temporal Lobe Dementia. He is survived by... View Obituary & Service Information

The family of Dr. David E. Gaudin created this Life Tributes page to make it easy to share your memories.

Send flowers to the Gaudin family.