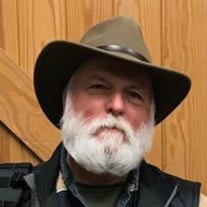 Clinton Wallace Wagner died on Wednesday December 9th while an inpatient at Our Lady of the Lake Hospital in Baton Rouge, LA. He was 60 years young. The husband, father, and brother born February 25, 1960, was the middle son of Marvin and Marilyn Annice Wagner. He was preceded in death by his father and grandparents. Clint worked for AT&T (South Central Bell) over 30 years and retired from the telephone company in 2009. He then worked for Ben Trikin Motorcycle shop in Holden in his free time. He returned to work full-time in 2011 as a sub-contracted Field Engineer working for engineering firms contracted by AT&T, most recently Pearce Services. He was a life-long resident of Albany, LA and also known as “Santa”. He donned his Santa attire to provide Christmas spirit at the Harley-Davidson dealerships in both Baton Rouge and Hammond, as well as area Churches, Family Courts, and a Children’s Home. He would answer the call when someone made a special request of him to be their Santa. He loved the annual Albany Christmas parade riding as Santa atop the Fire Engine. Clint was also an avid motorcyclist. He honed his riding skills by attending Skilled Riding competitions with his wife around the country, and became an MSF/Harley-Davidson Riding Instructor encouraging his wife to do the same. He continued to promote motorcycle safety by hosting voluntary skilled rider sessions in his free time and practicing with motor officers and other skilled riders. He was a member of Southern Cruisers Riding Club, Southern Crossroads (Hammond) Harley Owners Group, Red Stick Harley Owners Group, and Skilled Motorcycle Riders Association. He is survived by his wife, Angelicia, his two sons: Jonathan K. Wagner (Caitlin) of Dayton, OH, and Matthew K Wagner of Albany, LA. Step children Brianne Threeton (Joshua) of Springfield, Dr. James Hall (Paige) of Madisonville and grandchildren, Eleanor & Evelyn Wagner, Barrett & Jaxson Threeton and Charles, Reese and Collyn Hall. He is also survived by his mother, Marilyn Annice Wagner, brothers Mark Randall Wagner (Jennifer) and Jeffry Lee Wagner, along with uncles, aunts, cousins, nephews and nieces. There are no graveside services and there will be an escorted Memorial Motorcycle Ride at a later date. In lieu of flowers, a memorial donation in Clint’s name can be made to Dream Day Foundation, 11919 Bricksome Ave., Suite E6, Baton Rouge, LA 70816, dreamdayfoundation.org

Clinton Wallace Wagner died on Wednesday December 9th while an inpatient at Our Lady of the Lake Hospital in Baton Rouge, LA. He was 60 years young. The husband, father, and brother born February 25, 1960, was the middle son of Marvin and... View Obituary & Service Information

The family of Clinton Wallace Wagner created this Life Tributes page to make it easy to share your memories.

Clinton Wallace Wagner died on Wednesday December 9th while an...

Send flowers to the Wagner family.