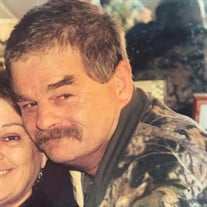 Clifford Owen Dennis, Jr., age 56 of Tickfaw, LA, entered into his eternal rest on Wednesday, January 12, 2022. Clifford was born in Independence, LA on August 22, 1965 to his parents, the late Clifford Owen Dennis, Sr., Judy Anthony Rundell and Eddie Rundell. Besides his parents, Clifford was also preceded in death by one grandchild, Jackson Owen Ashworth, his sister, Robbie Vicknair and his nephew Eddie James Driggers. Clifford is survived by his loving girlfriend, Gidget Barnett. Clifford was the proud father of Erin Dennis, Breanna Sharp, Brenda Spiers (Chuck), Thomas Mason (Ariel Hall) and Mitchell Ritch (Olivia) as well as the loving and devoted grandfather of 11 grandchildren. Clifford was the brother of Connie Phelps (Jeff) and William Clay Dennis. Family and friends are invited to attend a visitation for Clifford to be held on Monday January 17, 20222 from 9:00 AM until 11:00 AM at Brandon G. Thompson Funeral Home,12012 Hwy 190 West, Hammond, LA 70401. A funeral service will be held at 11:00 AM at the funeral home with burial to follow at Reed-Raines Memorial Gardens, 27043 Folsom, LA 70437.

The family of Clifford Owen Dennis Jr. created this Life Tributes page to make it easy to share your memories.

Send flowers to the Dennis family.